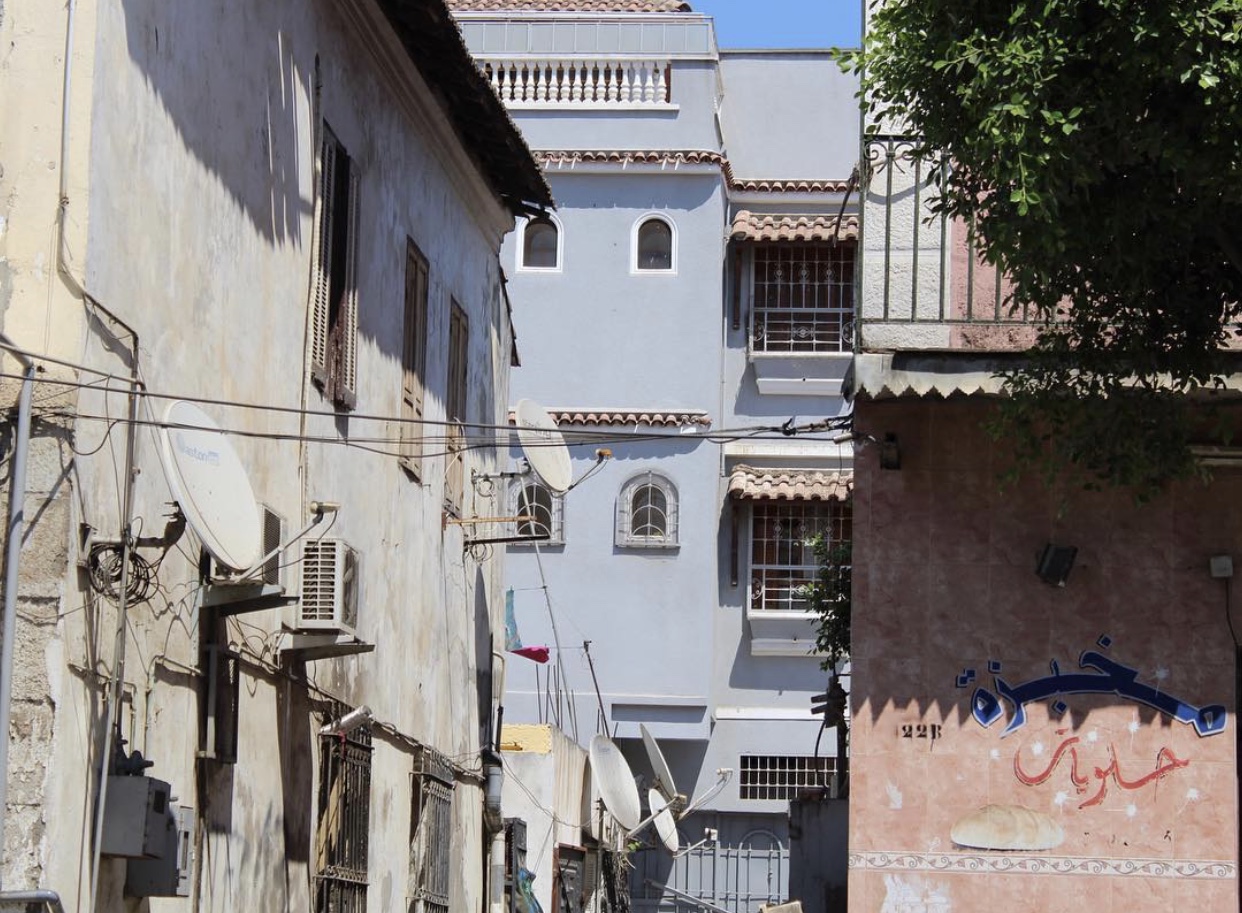 In Blida, a province that rubs shoulders with the Algerian capital Algiers, residents under mandatory quarantine cry from their apartment balconies, protest semolina shortages, and wait impatiently for help to arrive.

Nadia Sahli moved to Meftah, Blida from Tizi Ouzou four months ago. The last thing she expected was being confined to her house, not being able to visit her sister who lives in the same district.

“We are all scared and worried about what’s going to happen in the future. Right now, we are doing our best, staying at home and avoiding all contact with family and friends,” she says.

This is very unfamiliar in a country where normal social customs revolve around frequent neighborly visits and long hours at cafes.

Women no longer find themselves sitting in their friend’s living room with an assortment of different pastries and juices generously presented before them. Although the delicacies would go untouched and bonding for an hour or two was supposed to be stopping by to borrow some sugar, the routine loss of these exchanges has created an estranged environment. The closure of cafes has likewise cut deep for men who designated those spaces an almost sacred quality.

At the onset of this pandemic, the world stood amazed at an untouched Africa. As the novel strain of coronavirus increasingly became an issue in China, Europe, and North America, journalists and civilians alike were perplexed to see the tables turned. It was a different side of the world riddled with disease and panic.

Safety from the invisible enemy didn’t last long, however, peace was disrupted when an Italian on Algerian territory tested positive for COVID-19. Soon enough, Algeria would become the country with the highest number of cases in the continent.

On March 1, the first case of coronavirus in Blida was recorded. On April 17, it sprung to 628 – the most cases concentrated in one area of the country.

Sahli’s newphew, Sidali Mama, a first-year university student, has had all of his classes cancelled.

His mother and aunt have kept in-touch exclusively over the phone, despite being a short walk away. As if they were long-distance pen pals, they try to talk as much as they can with the devices they have. With everything that has been happening, subjects for discussion have been narrowed down to one. “All we talk about is corona,” Sahli says.

Facebook has been a main source of information and platform for discourse regarding COVID-19. A page called Blida Services has 317,920 likes and is dedicated to “publishing messages and complaints of citizens, disseminating their opinions, mediating the role between everyone who needs something and who can provide it,” the person behind the account says. Concerning the pandemic in Blida, they say, “Of course there is a state of great fear and panic, to a degree of obsessive-compulsive disorder. On our page we publish daily death announcements due to corona according to testimonies of the families, and this is in contrast to official statements.”

There was a bit more hope in the air when it was announced that an Air Algerie plane was landing in Algeria with a Chinese medical team on-board, specialized in epidemic response, traveling in to give Blida a helping hand. However, Sahli says word on the street is that, “they didn’t go to a public hospital, they brought them in for those big military hospitals located in Ain Naadja. They’re all there for high-profile people like the government, in case any of them test positive. But the rest of us, the hospitals are in very bad shape.”

Dalila Chebila, a resident of Ain Naadja, says she also has caught wind of this information. She worries for her aunt who lives in Blida. “They have nothing.”

Blida mourns its few heros. Si Ahmed Mahdi, head of the surgery department at Centres Hospitalo-Universitaires (CHU) Blida and general practioners in Blida Dr. Farouk Kebaili and Dr. Nourredine Djamaakebir, have all died due to contracting coronavirus while on-duty. A representative of Service d’Anesthesie et de Reanimation de l’EHS TOT in Blida says, “We try to treat our patients with knowledge of the risks, it is certainly difficult, especially being far from our families.”

The pendulum ball has swung back and forth between heavy and light news. Residents of Blida find themselves in a whirlwind of emotions with each passing day. On April 1, a new floor was opened up in Frantz Fanon hospital at CHU set up specifically for corona-inflicted patients. Any movement in and out of Blida province has been made strictly forbidden.

However, things remain ambiguous. Wissal Nada, an Algerian medical student from Biskra with 10.4k followers on Instagram isn’t your average influencer – she uses her platform for health and nutrition awareness and lately has been designing and posting her own infographics on COVID-19 in Arabic. 430 km away from Blida, she says, “I’m honestly ill-informed about the state of Blida. Doctors are obliged to stay silent, so no one really knows what’s going on.”

Blida Services says, “People have not been respecting the quarantine, and the state has dealt with them with great indulgence, but the only thing in which the lockdown has been applied completely and strictly is the closure of mosques.”

On the other hand, Abderrahmane Halfaoui, a resident of Blida, says there has been total containment for more than 20 days. While he admits to the number of cases and deaths being underreported in the media, he says, “Friends have noticed a significant drop in cases in the hospitals and a rise in those healed. I hope we will continue on this track so we can have a positive result by next week.”

Around the world, various video tutorials on DIY masks are being shared online. Algeria is no different, but a shortage of real surgical masks has also been a major concern. That’s what inspired a team of five people, all from the Algerian diaspora, to kick-start an initiative called Masks4Algeria. Through social media, they’ve been working diligently to collect funds for a shipment of 20,000 masks, all designated to the provinces of Algiers and Blida. “We consulted market prices, and 20,000 masks seemed to us an ambitious but achievable goal,” says a representative.

As soon as the first cases of COVID-19 appeared, the group wondered how they could make a contribution. In 15 days, they have garnered 100% of the necessary donations to carry out this project. They recognized that an area of particular need is protective equipment and decided to help a hospital or two facing this issue.

They launched this crowdfund initiative through a platform called Cotizup and partnered up with Action de Solidarite et d’Entraide Internationale (Solidarity and International Mutual Aid) to carry out this effort. A&F MED CO. LIMITED will provide the masks. Association Solidarite Charite et Bienfaisance (Solidarity, Charity and Beneficence Association) located in Algiers agreed to work with Masks4Algeria and are going to be the ones facilitating the transportation of the packages from the airport and distributing them to hospitals in deficit.

“We all hope that everything will go back to normal as soon as possible in the affected areas and that the areas that are not, remain so, God-willing,” a representative of Masks4Algeria says.